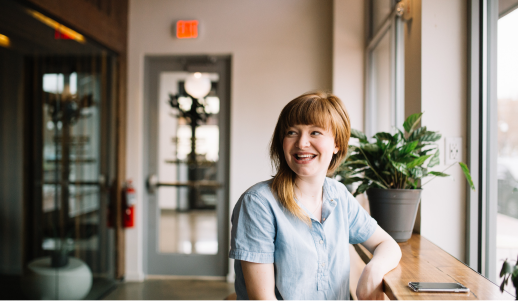 Women in Tech – The Real Gap

Diversity in tech is an essential factor as it encourages a company’s better performance by involving every section of society and not giving importance to just one section. According to a report released by Mckinsey, companies with diverse staff perform better and recruit employees who have greater potential and have a suitable work environment for everybody to enjoy.

Despite the findings substantiated in this report, it is not surprising to say that women are not given the deserved representation in the IT field. Women aren’t given exclusive or high-profile roles in the company or organization considering the wide, stereotyped gap between the professional and personal life of the female.

The following seven factors or pointers clearly state the challenges women in IT face daily and their struggle to find an equal status in any workplace:

The Wide Gap in Employment:

Out of the total employment percentage in the United States of America, women only constitute 47% as per the data available. But in the year 2015, women only contributed to 25% of the total workforce and were assigned to different roles in the information technology sector.

This data provided by the National Center for Women and Information Technology (NCWIT) shows the diminished work percentage of women in the US due to various factors. Even though there are various trends in society that are adopted and rejected, the employment gap doesn’t seem to disappear.

The Gap in Education or Degrees Attained:

According to a report published by National Science Foundation, it was recorded that women in the contemporary era are undertaking degree courses in STEM (Science, Technology, Engineering and Mathematics) and are catching up with the already skyrocketing number of men possessing these degrees.

In the fields highly dominated by men like Science and Engineering, women are also trying to leave their mark by completing their bachelors in the same discipline of study. Only when we segregate the percentage of women according to a specific field of study, we understand that only 19% of women had a computer science degree in 2016 while the percentage of women who completed their bachelor’s in computer science in the year 1997 was 27%.

Even though women experience underrepresentation in the computer science field, the percentage of women pursuing masters in computer science has slightly risen to 31% in 2016 compared to 27% in 1997.

The Consistent Gap in Retention:

Often when women earn their diploma degree in any discipline from STEM, they find it difficult to find jobs in the same sector. According to data released by the National Science Foundation, only 38% of women who possess a masters in Computer Science work in the related field compared to the 53% men employed in the same sector.

In the same manner, only 24% of women with bachelor’s in engineering work in the same field compared to 30% of men who are still employed in the engineering sector.

Therefore, the retention gap is an unfluctuating trend in the society that does not seem to vanish. It has also been termed as the “leaky pipeline” wherein a huge gap in retention can be seen in male and female employees.

Women possessing a diploma, bachelor’s or master’s degree in STEM face a harder challenge of attaining employment in the same area as their education.

The Gap in Workplace Culture:

The most prominent reason why women are facing underrepresentation in tech and their reduced participation in the information and technology field can be blamed upon the highly male-dominated workplaces, which shows the stark gender bias still existent. According to the results of a poll disclosed by the Pew Research Center, 50% of women confirmed that they were victims of gender discrimination in their workplace while only 19% of the male population suggested the same.

The active gender discrimination can be due to the presence of the male population in the workplace and lack of diversity which makes the women an easy target of exploitation. The result further exposes the percentage of women experiencing gender discrimination; women who possess a postgraduate degree is 62%, and the women who were assigned various computing roles was 74% and in workplaces which were highly male-dominated almost 78% women were discriminated based on their sex.

According to a research of 2017, undertaken by Pew Research Center, it was found that almost 43% of women faced gender bias in workplaces which lacked diversity and a staggering 79% percentage of women were discriminated based on their gender in workplaces where they had to prove themselves worthy of the designation assigned.

The findings of the research also mentioned that 44% women still faced gender discrimination in workplaces where there is no diversity gap, 15% suggested their company or organization gave too little importance to gender diversity and 52% women always felt the pressure of constantly proving themselves.

As per the above numbers, it is evident that women exposed to a gender diverse workplace face less discrimination based on their sex than women working in companies of firms lacking gender diversity. Even though there is a great ridge paved between these two modalities, gender diversity in the workplace should be given importance for women to feel comfortable and also to perform better with their colleagues.

The Gap in Founders:

Any business venture to grow is initiated from a start-up, and as we all know, start-ups require funding, an unconventional work set-up and employees with brilliant minds. Women who are founders of certain start-ups find it difficult to sustain in these unorthodox workplaces.

According to a report established by Silicon Valley Bank, only 1 start-up out of 4 have a founder who is female, 37% start-ups have only one female in an appointed position in the board of directors while 53% businesses have only one woman who is assigned an executive designation.

If the founder of the firm is a female, it greatly affects the diversity of the organization. In the case of start-ups with at least a single female founder, the study suggested that the CEO was a female 50% compared to the 5% of organizations who didn’t have a female founder. Though the numbers are shocking, women through their education and skills are trying to break the glass ceiling with their consistent efforts.

The Gap in Payment:

According to research undertaken by Pew Research Center, it was found that women in tech are not only given proper representation but also are paid less as compared to the men; this fact remains unchanged from the last 25 years, and women still struggle to get an equal pat in IT sector.

Women with degrees in STEM get paid more than women who do not possess any STEM degrees. Women working in the field of computing only earn 67% of what men earn while the situation is even worse for Afro-American women who only earn 87% of what white women working in STEM field earn and only 62% of the total earning of a man in the same role.

PrevPreviousFew ways an Employer may assist employees in achieving a work-life balance.
NextHow will you future proof your career?Next 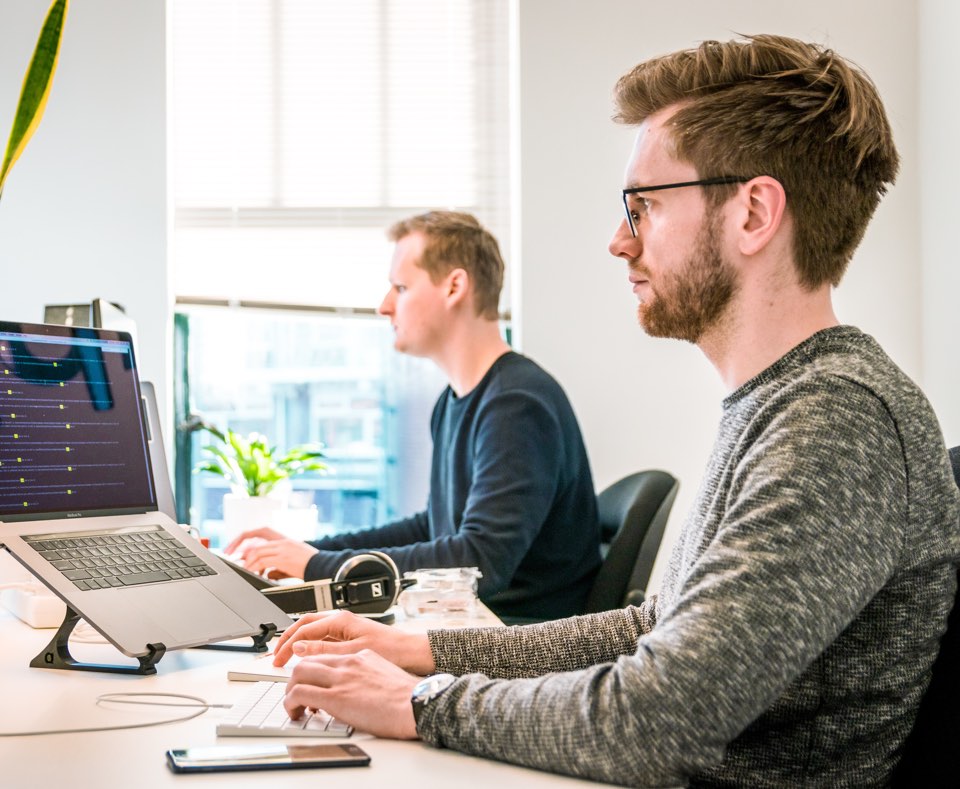 How to master new skills – impressum

Learning a new skill, be it for personal development, or for your career, can be a bit of a task. Here are 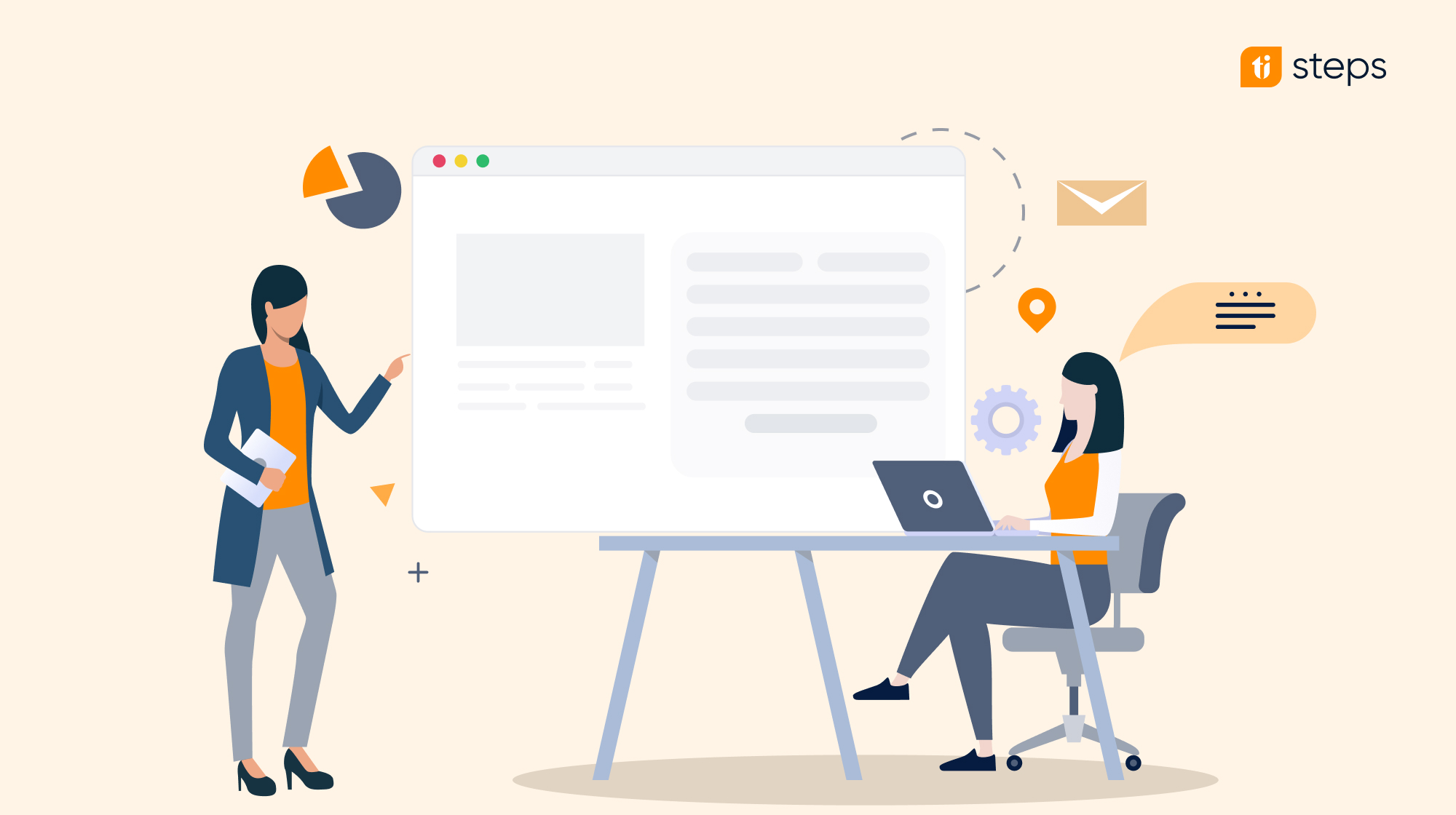 How will you future proof your career?

Having a well-planned career pathway is extremely crucial for ensuring success in the long run. The individual who wants to pursue a

© 2022 tisteps.co All rights reserved.
We use cookies to personalise content and ads, to provide social media features and to analyse our traffic. We also share information about your use of our site with our social media, advertising and analytics partners. View more
Accept
Decline
Hiring Now!